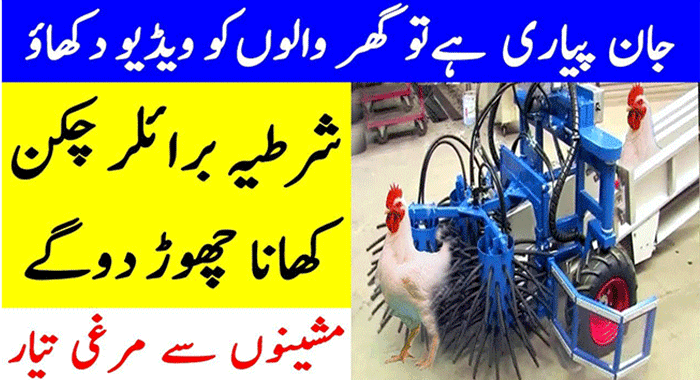 London: Heated debates have been taking place on various forums revolving around the topic of hormones being used in chicken production. As a professional in the field of poultry, I find this assumption to be quite confusing, to be honest. What has led to this sudden suspicion though?

Is it because people have become more health-conscious or have they suddenly realized chickens have become bigger? These beliefs stem from a lack of knowledge and inaccurate information being passed around and everyone conveniently links it to the rapid growth of broiler chickens.

Side Effects Of Eating Broiler Chicken

People in general feel birds cannot grow at such a fast rate without any malpractice involved, especially without the use of hormones. Some even feel various side-effects (which may not have been authenticated) occur due to this, such as increased incidences of cancer, premature onset of puberty, and the growth of facial hair in women. These issues can be addressed in a rational manner.

Why have chickens increased in size over the years?

To begin with, the rapid growth rate of chickens (5.7 lb in six weeks) is not the result of a single experimental manipulation within a span of a few months; rather it is the result of ongoing research (in terms of selection and breeding) dating back to 1925.

During that point in time, the market age of broiler chickens was 16 weeks with a 2.2 lb body weight. This breeding plan of broiler chickens depicts intense selection for choosing a bird to breed the next generation. Only 10 were selected from a group of 100 keeping in mind-body weight, feed conversion, and vigor.

This rapid growth can also be used for local aseel or desi chickens through continuous selection and breeding for desired traits but it’s time-consuming and expensive as well. The good news is research regarding this method is underway at the University of Veterinary and Animal Sciences in Lahore.

Secondly, an important question to ask is why scientists opt for rapid growth? Simply because of population increase; the higher the demand for animal protein, the higher the push for larger chickens.

Is injecting hormones into chickens necessary?

Moreover, the basic question that should be asked is if hormones are needed at all. The answer is no since birds are already on the edge of their physiological limits and the added use of supplements may have disastrous effects on the bird.

Another misconception people have is the administration of hormones through feed or water. That is not practiced as such because the digestion of birds starts with the action of acids and enzymes combining, which then convert into basic amino acids and naturally destroy the function of hormones.

Therefore, it can be said the rapid growth of chicken is due to genetics, nutrition, housing management, and disease control. Genetic effects on growth are evident from the aforementioned reasons. It is safe to say the large size of chickens is definitely not because of injecting hormones. The ideal environment which consists of high­ quality feed and superior genetics yields a bird that does not require any growth hormones.

So can I eat chicken without worrying about side effects?