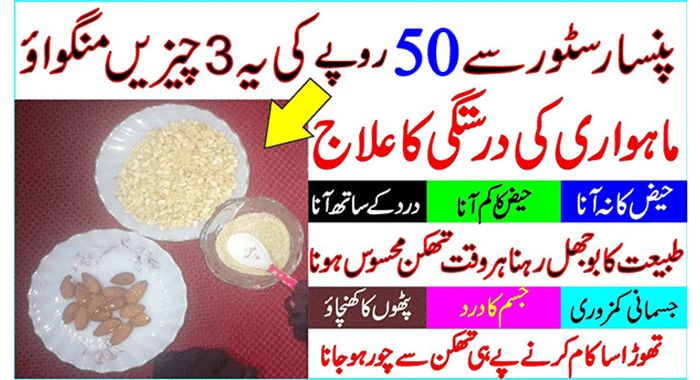 London: Almost all women have problems with their period from time to time. Whether it be heavy bleeding, irregular bleeding, or no bleeding at all, experiencing issues every once in a while is pretty common. However, sometimes these problems are more serious than they appear to be. What exactly is a period? In case your primary school didn’t properly educate you on the subject, a period is the lining of the womb falling away when there is no pregnancy.

A ‘normal’ period comes every 21-35 days and typically lasts for five days. The flow is light for the first day or two, heavier for two to three days, and then tail off over a day or two. Most women have fairly tolerant periods, give or take a few cramps, but it’s important to know when problems can become more serious, what you and your doctor can do about them.

From Heavy Bleeding to No Periods

The most common complaint is regular, heavy bleeding. This is called menorrhagia or ‘dysfunctional uterine bleeding.’ It is heavy bleeding that occurs during your period, not at other times.

There is often a physical cause such as an enlarged womb due to childbirth (adenomyosis), infection, fibroids (benign lumps of gristle on the muscle of the womb), and polyps.

Irregular bleeding, that is no pattern to your loss and varying amounts is less frequent, but it is more important as there can be a sinister cause.

If you have an irregular cycle or experience bleeding in between periods or after intercourse, then an internal examination with a speculum (the instrument used to do a smear test) and a bimanual (internal examination using the fingers) is mandatory.

If the GP thinks the cervix is abnormal, you should be sent to see a specialist on what is termed a ‘two-week wait’ as it may be a sign of cancer (don’t panic—only one in 100 of women sent up for this reason actually have cancer.)

If you’re under 40 years old, they should take three swabs: two of the cervix and one of the vagina as the infection is a common cause of the symptoms, particularly bleeding in between periods and after intercourse.

A smear is not required as this is used as a screening test in women with no symptoms and is often difficult to interpret or falsely reassuring. If the examination is normal, then a trial of progesterone (hormone) pills should be given for two cycles.

A good response is reassuring and means you can continue. If the abnormal bleeding persists, then a referral to a specialist is required. The main causes of irregular bleeding are polyps (benign overgrowths of the womb lining that are removed surgically), infection, a hormonal imbalance, and (very rarely) cancer.

A lack of periods is also common. This is when your cycle is longer than 35 days. Apart from pregnancy (always check!), the main cause is a condition called ‘polycystic ovaries’ which is where your ovaries do not produce eggs regularly, thus any periods. Other common causes are excessive weight loss/gain, exercise, and stress. source 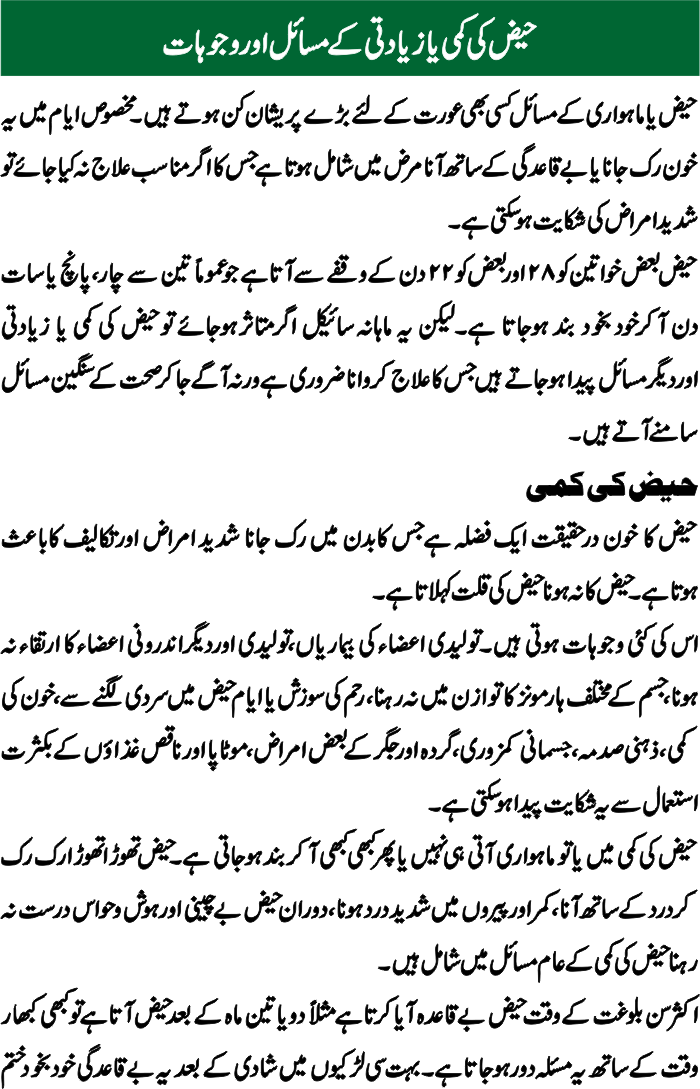