London: Vaginal discharge is nothing to be embarrassed about, no matter how out of the ordinary it may seem. From pink to yellow, green, and white, the vagina’s fluid can be a signal for what’s going on inside. Most of the time, a clear or white substance is harmless. But other consistencies, colors, and smells can order a trip to the GP. An unusual discharge could be an easily treatable and common infection, such as bacterial vaginosis or thrush, a doctor has revealed.

But in other cases, the unusual discharge may be an underlying sign of cervical cancer or even pregnancy. Dr. Kathryn Basford, a GP in London from online pharmacy Zava, has commented on what different vaginal discharge colors say about your health. She told MailOnline: ‘Every woman and their body is different.

‘So a lighter but not unpleasant smelling discharge could be normal for some women at different times in their menstrual cycle. ‘However, if the discharge becomes foul or fishy-smelling then something may be amiss. ‘A fishy smell can be one of the most significant indicators of infection, specifically bacterial vaginosis or sexually transmitted infections including gonorrhea and chlamydia.

‘It’s important for women to listen when their body is talking to them, so if there is a noticeable difference in the smell of their vaginal discharge, the next step would be to seek medical attention.’ A change in the color of discharge is often the first sign of an infection or similar.

But there are other symptoms to look out for which may help understand the severity of the change. While a white discharge is healthy in most cases, if it is cloudy and thick it could be a yeast infection, usually paired with swelling, itching, and painful sex if it is thrush.

What is Vaginal discharge?

Vaginal discharge is normal – most women and girls get it. It’s a fluid or mucus that keeps the vagina clean and moist and protects it from infection. The amount of discharge varies. You usually get heavier discharge during pregnancy, if you’re sexually active or if you’re using birth control. It’s often slippery and wet for a few days between your periods (when you ovulate).

You can’t prevent vaginal discharge. Panty liners can help with heavy or excessive discharge or if you’re worried about any smell.

Yeast infections, which also include bacterial vaginosis, characterized by a grey, fishy-smelling discharge, are very common in women. They can be treated with over-the-counter medication or antibiotics prescribed by a doctor. A green or yellow discharge with either a fishy or bad odor is often the first sign of STIs gonorrhea, trichomoniasis, and chlamydia, which can have complications if they are not treated quickly.

Red discharge, although predominately blood from menstruation, can be a sign of infections or even cancer when other symptoms are present, too. Pelvic pain, inflammation, bleeding in between periods or after sex could indicate cervical infection, polyps, or an STI.

That goes the same for reddish or light brown discharge, although this may be spotting between periods. In the worst-case scenario, a diagnosis of endometrial or cervical cancer could follow the discovery of red or brown discharge. The most common symptom of womb cancer, including endometrial or uterine, and cervical cancer is vaginal bleeding that is unusual for the woman. source 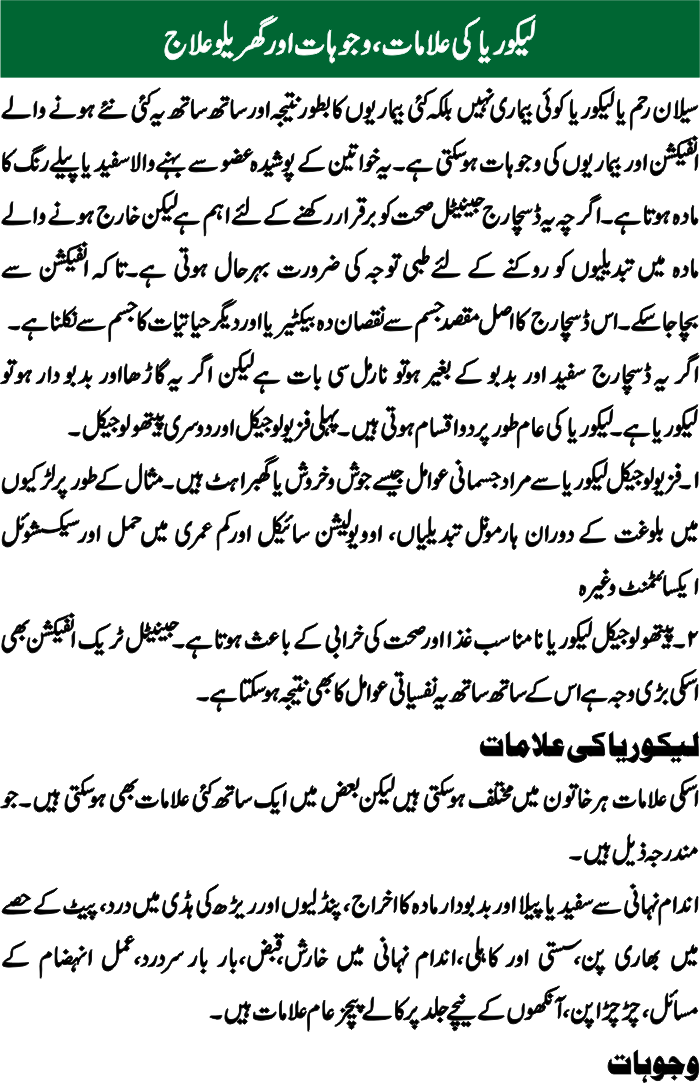